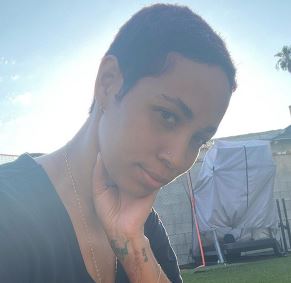 Affectionately known as Kyle after her father, Kylelynn is not seen much on Teen Mom. This may be the reason why fans are so interested in R. Kylelynn. And luckily the rest of the writing is just about her.

R. Kylelynn Floyd was born to parents Margaret Lynn and Rodrick Kyle Floyd in Los Angeles, California. Because she was their first daughter, they gave her the name R – signifying “Our” firstborn. Her middle name, KyleLynn, is a combination of her parents’ middle names.

R’s parents have been divorced for a while now. But this certainly did not stop them from forming a close-knit scene in the family which also includes R’s stepfather David James Bowdre.

Growing up, R was a beautiful child cherished by all. She grew up in a comfortable home with an abundance of family, extended family, and friends in the Pasadena community.

Due to the climate of the neighborhood and the consequence of the Los Angeles Riots, her parents had sought out this safer neighborhood to raise her and her sisters. Since always the Floyds has been a successful open-minded Black family.

Speaking of R. Kylelynn Floyd’s sister Cheyenne Floyd — she attended Hampton University in Virginia and starred on Are You The One and The Challenge besides Teen Mom.

Coming from an entrepreneurial household and seeing her parents have their business since 1998 proud R. Kylelynn Floyd has, in the same way, looked forward to building and expanding her business ventures with her kid by her side.

R, exposed to many professionals in fields from the entertainment industries to industry professionals such as doctors, lawyers, and bankers, got accepted at Westridge School for Girls in the fourth grade. In the few years of Westridge, R thrived participating in dance, theater, and music programs (piano, violin, vocal) while also transcending in her studies.

But in senior year, she decided against attending college realizing she now wanted to build a company greater than herself.

Fast forward to today and she is an artist and entrepreneur, and as per LinkedIn, a director of sales and marketing at Image Quest Plus, LLC (IQ+) in Pasadena, California.

IQ+ is a family-owned reprographics company that was established in 1998. As of 2021, R was working directly with one of its founding members.

You Should also know, R and her sister Cheyenne host the Think Loud Crew Podcast With Shanan Cablayan, where the trio discusses parenting, lifestyle, personal growth, and more.

R. Kylelynn Floyd is the proud mother of Baaz Arinze Nwigwe (B.A.N) who was born on 9 December 2018. She welcomed her first child with baby daddy Mezie Nwigwe and now, i.e, in September 2021, she is for the second time pregnant and with the same baby daddy.

Yes, R. Kylelynn Floyd was expecting another son in the fall of 2021. She had given away the pregnancy news earlier in May.

Only weeks before her sister Cheyenne gave birth to baby Ace, R had taken to Instagram to shout out that she is becoming a mom again.

Then months later, amidst documenting her pregnancy journey, she revealed that she has never been in a relationship with her baby daddy.

“We co-parent. Not in a relationship nor have we ever been in one.”

Baby daddy Mezie Nwigwe, if you should know, is a personal trainer at Washington Sports Clubs. He reached the age of 33 on 16 February 2021. He is a dotted father to Baaz and is often spotted complementing his baby mama as like — “Thank you R, For the most precious gift I could ask for.” — referring to the baby she gave him.

That been said, lately, it also came to our knowledge that R is planning to move to D.C. for more effective co-parenting with her not-partner baby daddy. Also, we learned, this development has left R’s sister Cheyenne devastated because the change would mean their eldest children, Ryder and Baaz, who are pretty much besties, will not be together anymore.

The reality TV queen also shares baby Ace Terrel with her fiance Zach Davis. Ryder, she had from her relationship with her ex-Cory Wharton.

R. Kylelynn Floyd stands to a height of 5 feet 8 inches or 1.73 meters and until this day no details on her plastic surgery were outed.

Until 22 September 2021, R. Kylelynn Floyd enjoyed 37.6K followers on her Instagram @rkylelynn. R, then, had only 9 followers on her Twitter @rkylelynn. Also, she and her Think Loud podcast crew entertained 3.03K subscribers on their YouTube channel. R, her sister Cheyenne, and their lifelong friend Shanan Cablayan also discussed the moments of their life on Instagram @thinkloudcrew.

As the only Black student in her class of sixty-eight girls, from fourth through twelfth grade, R had felt the isolation of being perceived as an anomaly. It was more difficult when she had to face the same type of probing questions about the “validity of her race” just because her family was well-to-do.

Nevertheless, she was with the awareness of the strength, beauty, and achievements of her Black ancestors’ history.

Growing up, traveling was a Floyd Family tradition. Each time they went to see a new country, R’s father would assign a topic about which she would write a report to share with the family.