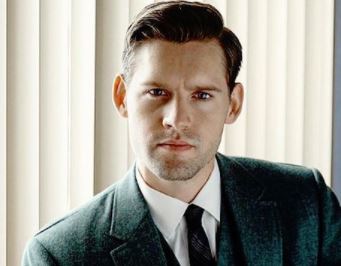 CBS’s latest FBI spinoff FBI: International featured agents who took on missions internationally to keep America safe from threats around the world. To our luck, the soap opera alum Luke Kleintank made it to the cast as the lead investigator, Scott Forrester.

So, who is he? Does he have a wife, a girlfriend, or a fiancee? Learn especially about his relationships by the end of this article.

Luke Kleintank portrays Special Agent Scott Forrester, who is the dedicated leader of the international FBI outfit known as “Fly Team”. According to the showrunner Derek Haas, Luke’s character brought in “the pace and intensity needed for the team to function efficiently.”

The last we saw FBI: International, Luke’s team was joined by Zeeko Zaki (OA), and the two leads immediately got off on the wrong foot — One believed that the other was sent by Isobel as a babysitter.

Competing with top shows like NCIS, FBI: Most Wanted, and Chicago P.D. We’re hopeful that FBI: International will deliver as they’ve always done.

Luke Kleintank comes from a family of eight, whom he loved equally with all his heart. However, it might not be so “equally”, as Luke once shared that his only “two favorite people in this world” were his dad and mom.

Talking more about his parents, they often appeared over Luke’s IG. His dad was a football athlete who turned 46 in 2021. As for his mother, all we know is that it was her who first introduced Luke to acting when he was 2.

Luke is also an uncle to his cute niece and nephew, thanks to his brother Ben.

Fun Fact: Luke’s family moved to Guadalajara, Mexico, when he was 2. Later, they then went on to live in Stevensville, Maryland for 12 years. So, what’s his ethnicity? Well, Luke is of Dutch and German descent from his father’s side.

Acting since the age of 2, Luke first stepped on the stage at a play titled Carnival. “That’s when I knew I wanted to act,” he said. Then, he started appearing in several plays and community theater, and ultimately he went on to make his television debut in a 2009 episode of Law & Order.

Does Luke Kleintank Have A Wife, A Girlfriend, Or A Fiancee?

Luke Kleintank is a very private man. However, he has shed some light on his relationship time and time again. Let’s discuss them in the timeline below.

In 2016, rumors floated around that Luke was dating his The Man in the High Castle co-star, Alexa Davalos. At the time, pictures were blowing up on the internet where two stars appeared cozy on the red carpet. But neither of them ever commented publicly about their “romantic relationship.”

In December 2018, Luke Kleintank was reportedly engaged to the daughter of Argentinean ambassador Juan Carlos Vignaud, Christina Vignaud. Though not much was known about how they first stumbled upon each other or how Luke popped the question, we can confirm that the two separated within 2 years of their relationship.

As for the question if they ever made it to the wedding? This remains a mystery to us because Luke never made any post about his big day. However, their wedding date was registered as “May 02, 2020” at “zola.com.”

If you want to know more about Luke’s possible ex-wife, Christina Vignaud was working as the executive personal assistant at her private family office in Palm Beach, FL. Before that, she has worked as an assistant for companies like Bienville Captial Management, The Madden Brothers, and Wonderland Outpost Music.

As of 2021, Luke was captured in a series of photos vacationing at Paradise Beach Nevis with a woman named Caitlin Austin. It seemed that the two were romantically involved. Guess, Luke has a new girlfriend.

Luke Kleintank was born on May 18, 1990. That made him 31 years of age when FBI: International premiered in 2021. Corresponding to his birthday, Luke is of the Taurus zodiac.